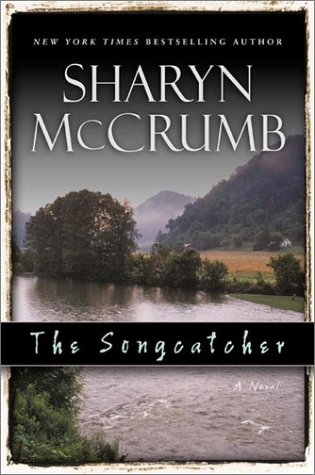 Skipping back and forth in time from the 18th to the late 20th century, and drawing on her own family history, McCrumb tells two stories in her appealing new novel, one heading toward, the other returning to, the Appalachians. In the present-day sections, 83-year-old John Walker is slowly dying in the eastern Tennessee town where he has lived most of his life, while his estranged daughter, Linda Walker—better known as the country singer Lark McCourry—is trying to make it home before he dies. She is also trying to recollect an old song she heard once at a family gathering, a song she hopes will round out her forthcoming album. But heading home, Lark is downed in the mountains in a small plane and trapped inside it. Meanwhile, Malcolm McCourry, one of Lark's maternal ancestors, narrates the story of his life, from the day in 1751 when English seamen kidnapped him at the age of nine from the Scottish isle Islay to the close of his life in the mountains of western North Carolina. Always he carries with him a song he learned aboard ship, which is then passed down to his descendants, each one remembering it at a crucial moment. McCrumb, an award-winning crime and mystery writer, has mixed historic and contemporary plots with success in the past (notably in and other novels in her Ballad series; some characters from the Ballad series reappear here), and she does so again, letting the past inform the present and generating a good deal of suspense in a novel that is not properly a mystery. Readers may come to feel that Lark McCourry, unlike the tune-miners looking to stake a copyright claim to every mountain song they hear, is the real songcatcher, the rightful inheritor of her family's music.