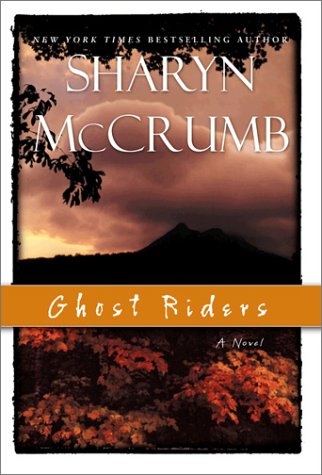 Bestselling North Carolina writer McCrumb (, etc.) returns with another epic ballad of a novel, a multi-tiered Civil War story that links past and present with an otherworldly twist. Tough, resilient Malinda Blalock is dismayed when her husband, Keith, leaves their Appalachian mountain farmstead to join up with the Confederate Army in hopes of earning money. Not content to wait out the war at home, spitfire Malinda cuts her hair and enlists herself as "Sam," Keith's younger brother. Their tour of duty is cut short by a deliberate scheme to get themselves discharged, and they move on to become do-gooder outlaws, known throughout the Appalachians. This story is enmeshed with the elaborately reimagined life of historical figure Zebulon Baird Vance: his early success in law and party politics, his time in Congress, his stint as commander of North Carolina troops, and his election (and subsequent re-election) as governor of North Carolina during the Civil War. Running parallel to these story lines is a dilemma plaguing present-day, Civil War re-enactment actors camped out in the Appalachians. As they restage a violent piece of Southern history, ghosts of Civil War soldiers begin appearing at their campsites and also to area residents. It's up to locals Rattler and Nora Bonesteel, both possessing the gift of "sight," to quell the ghosts' hostilities. McCrumb writes high-spirited historical fiction, her lush, dense narratives shored up by thorough research and convincing period detail. Her latest is another harmonious, folksy blend of history and backwoods lore.