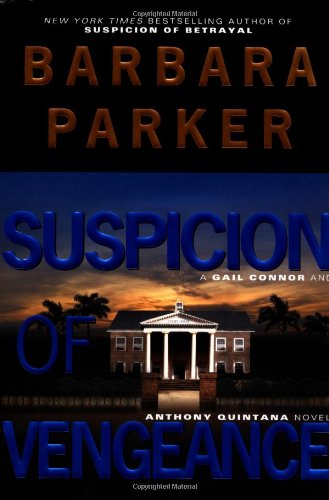 Once readers are pulled in by the intricate plot of Parker's eighth Gail Connor/Anthony Quintana legal thriller (after ), they won't want to skip a word. The premise is simple enough: Gail is asked to take on the case of an old family friend's grandson, Kenny Ray Clark, who was convicted of the stabbing death of a housewife over a decade earlier, indirectly causing the death of her infant son. Now, after 11 years on death row, his appeals are about to run out. Anthony, Gail's on-again, off-again fiancé, himself a high-powered Florida attorney, warns her of the futility of trying to save Clark. But Gail digs into the records and finds, among other things, a drunk defense attorney, a bogus confession and a witness who would have provided an alibi but was threatened by police. At the same time, she discovers skeletons in her own family's closet that seem to be linked to Clark's case, as well as a crooked real estate deal and some unsavory individuals who don't want her getting involved. With help from Anthony and her cousin Jackie, an idealistic young cop, she races to expose the flaws in the state's case and challenges the bureaucratic "conveyor belt" mentality of the death penalty. If Parker has an ax to grind here, it is the legal system's determination to put judicial procedure and the public's thirst for vengeance ahead of the sanctity of human life. She is a former prosecutor who knows her way around the system; her characters are complex and believable, all of which makes this multifaceted and thought-provoking mystery one of the better ones this year.