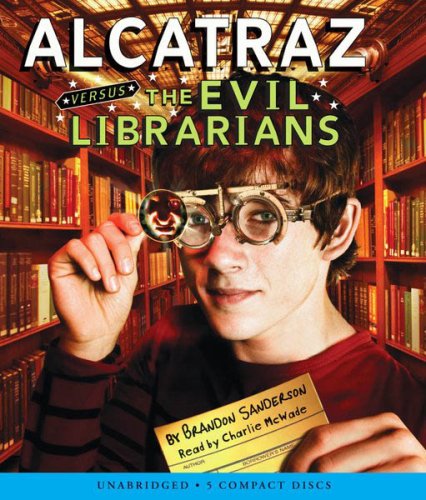 McWade's boyish voice and knack for nailing a frequent tongue-in-cheek tone aren't enough to elevate this adaptation of a frenzied fantasy to enjoyable listening status. On his 13th birthday, Alcatraz Smedry receives an unusual “gift” in the form of a bag of sand said to be the inheritance of his long-dead parents. The boy soon discovers his very gnarled family tree—and the reason why he and his relatives are in a battle with the evil librarians of Hushland (aka the United States), who selectively dole out and distort information to keep Hushlanders in the dark about the “real” world. The quirky characters (many named after famous prisons), the bursts of derring-do and absurd twists make good fodder for a fast-paced outing. But these elements come embedded in a text that depends on a series of asides to lampoon writing styles and devices of better-known works. Unfortunately, the asides continually refer to “reading” and “pages,” when care might have been taken to suit them to the listener's perspective. Those wanting a linear tale are out of luck, although the snarkier set, among them Lemony Snicket fans, may want to hang on for the ride. Ages 9-up.