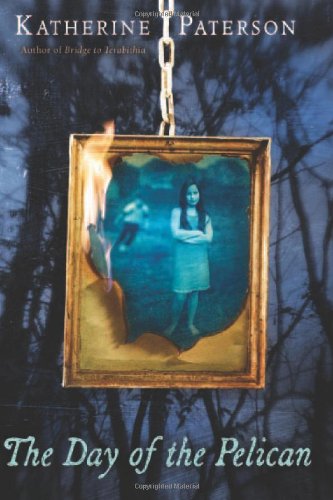 The Day of the Pelican

In this powerful, finely crafted novel, Paterson unveils the experience of Muslim Albanians in the Kosovo war through her memorable heroine, Meli, who turns 11 just as her family flees genocide. Through Meli's gaze, Paterson skillfully defines the culture of Kosovo, including the strictly defined gender roles, large extended families and social hierarchy that pits Serb against Albanian and looks down on families, like Meli's, from the countryside. News of the murder of 70 members of an Albanian family and the brief disappearance of Meli's 13-year-old brother, Mehmet, drive her family into exile: first in a mountain camp, then as refugees in Macedonia (“They might die, but they would at least die together,” thinks Meli as her family is crammed into a crowded train) and finally to the United States. Lest readers feel distanced from the prejudice at the heart of this story, after 9/11, Meli and Mehmet endure taunting based on their heritage. Spanning vast distances and several years, Paterson offers a realistic and provocative account of these refugees' plight, balanced by the hope of new beginnings and the resilience of the human spirit. Ages 10–up.