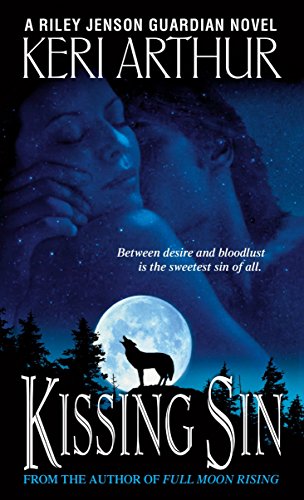 Vampire-werewolf heroine Riley Jensen escapes an unknown enemy's \t\t breeding pens to kick off the second installment of Arthur's urban fantasy \t\t series (following ). The \t\t action and sex come fast and furious as Riley works with her twin brother, her \t\t boss at Melbourne's Directorate of Other Races, as well as most of her lovers \t\t (who include a vampire with werewolf issues, a werewolf with mixed loyalties, \t\t an alpha werewolf and a horse-shifter) to uncover and derail a nefarious plot \t\t to create an army of super-beings. Strong world-building, vivid personalities \t\t and the distinctive cultures of each of the various paranormal strains combine \t\t for a rich narrative, and Arthur's descriptive prose adds texture and menace. \t\t She also creates strong empathy for Riley, whose vampire half is beginning to \t\t assert itself, making her already precarious fertility problems worse. As in \t\t her first entry, though, Arthur can occasionally lose her reader amid \t\t complicated paranormal plot points, and her publisher's insistence on marketing \t\t her as paranormal romance may frustrate; though the heroine's multiple sexual \t\t partners fit her werewolf nature, they do not fit romance genre conventions and \t\t are better suited to readers of erotica/romance hybrids. \t\t