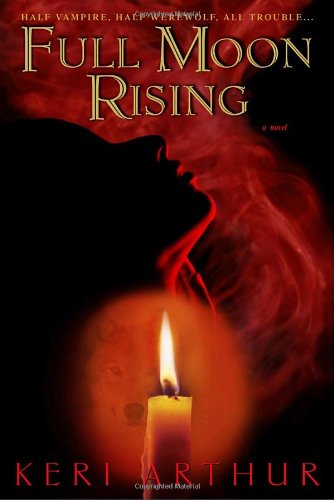 Australian author Arthur's fast-paced fantasy-romance, the first in a new series, introduces part vampire, part werewolf Riley Jenson, who works for Melbourne's Directorate of Other Races, as does her twin brother, Rhoan. When Rhoan goes missing, a naked yet powerful vampire, Quinn, appears on Riley's doorstep and asks for her aid. Riley and Quinn team up to find Rhoan, investigate the mysterious deaths of Directorate agents and determine who's been creating vampire and werewolf clones. Despite their mutual attraction, Quinn—once heartbroken by a werewolf lover—will never fully trust another werewolf, but that doesn't stop him from helping Riley through the lust that engulfs werewolves in the days leading up to the full moon. Strong, smart and capable, Riley will remind many of Anita Blake, Laurell K. Hamilton's kick-ass vampire hunter. While Arthur ( ) occasionally loses control of her plot as she sets the stage for later books, and some romance readers may be put off by the lack of monogamy, fans of Anita Blake and Charlaine Harris's Sookie Stackhouse vampire series will be rewarded.