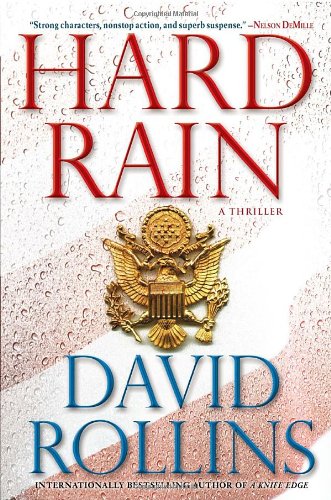 Maj. Vin Cooper, a special agent, or “internal affairs cop,” for the United States Air Force office of special investigations, and special agent Anna Masters, who recently broke up with Vin and is now “swinging from the chandelier for some attorney from the JAG corps,” deal with one lethal threat after another in Rollins's rip-roaring third novel to feature the tough, wisecracking Cooper (after and ). Vin and Anna have come to Istanbul to investigate the murder of Col. Emmet Portman, the U.S. air attaché to Turkey, who's been chopped into small pieces and laid out like a model airplane kit that requires assembly. As the pair seek answers in Turkey and later Paris and Iraq, they leave behind a lot of bodies, both friend and foe. The convoluted trail leads them to a plot involving many countries, none of which has America's best interests at heart. The exciting, violent ending promises more thrills to come.