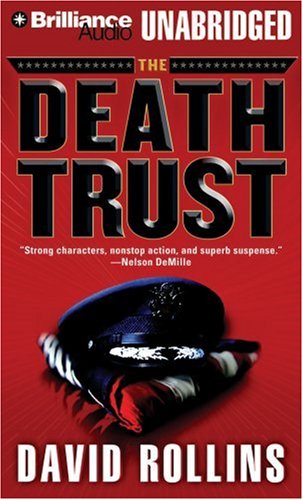 Aussie author Rollins’s first novel is a fast-moving, funny thriller with a smart-aleck hero who faces death and worse with a quip on his lips. Military special investigator Maj. Vincent Cooper bounds around the world, dodging death while searching for the reason a four-star general and his son were murdered—a nifty bit of evil that goes all the way to the White House—and encounters grouchy Germans, ruthless and sexy Russians, world-weary Italians, stoned Canadians and, not surprisingly, heroic Australians. The accents, attitudes and genders pose no problem for Foster, who handles them with brisk efficiency. He understands that, with a yarn involving a protagonist who suffers beatings, bullets and broken bones, but keeps plugging away at a global conspiracy with more layers than an artichoke, to pause for an elaborate shift in accent is to risk close scrutiny of the story. Instead, with subtle vocal shifts he’s able to set a breathless pace, keeping the listener on board the roller coaster until it comes to a complete, satisfying stop.