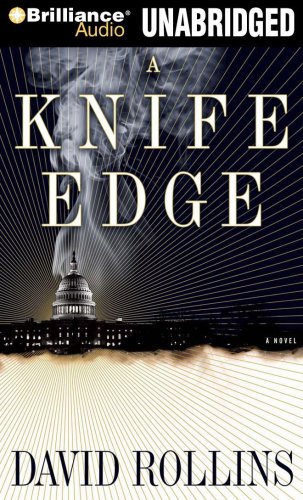 In Rollins's second thriller, Department of Defense Special Agent Vin Cooper, behaving like James Bond on steroids, beds twice as many women, solves three times the cases and takes five times the beatings as 007. The over-the-top adventure needs a reader who can match Cooper's smart-aleck attitude. Mel Foster's measured, carefully enunciated approach produces just the opposite effect, taking the edge off of the humor and spotlighting the book's less-credible action sequences (i.e., Cooper is tossed from a plane without a parachute, is captured and beaten, escapes by donkey and is ready for a new assignment). To his credit, Foster does not stint when it comes to emotional dialogue and handles a range of accents, from Cockney to Pakistani, smoothly and effectively. And his unhurried reading clarifies a complex plot that includes a marine biologist being killed by a shark, a possible skydive suicide of Cooper's pal and the theft of a formula that could destroy all computer life on the planet.