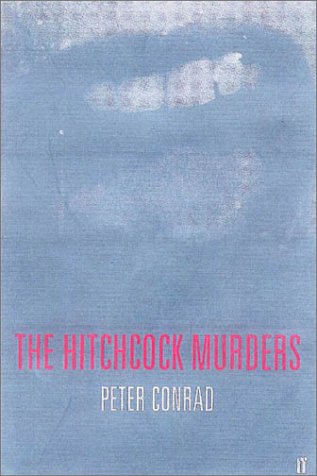 "Hitchcock brought fear home to us," observes Conrad in this sharp-witted book about the master director who made us wary of taking a shower and flocks of birds. Eschewing any specific theoretical approach to the director's films or method, Conrad spins his own personal takes on the films into a comprehensive and erudite analysis of their continuing popularity. Relying upon an encyclopedic knowledge of Hitchcock's films, Conrad is most perceptive when he weaves together their themes and images to illuminate the director's worldview—for example, he suggests that murder as "social sanitation" connects the killers in , and , and uses Einstein's theory of relativity to explore the repeated image of a moving train. Filled with exhaustive and fascinating background information—such as a comparison of the script of and the novel on which it's based, along with a look at how Hollywood censorship mandated changes in the film adaptation of Daphne Du Maurier's —Conrad's book demonstrates a firm grasp of the material and instills both awe and trust in the reader. Not hesitating to place Hitchcock in a broader intellectual and cultural landscape, he perceptively discusses how Oscar Wilde, and Jean Genet contributed to the intellectual climate that produced these films. The result is a bright, resourceful guide to films that have defined both public art and the collective imagination.