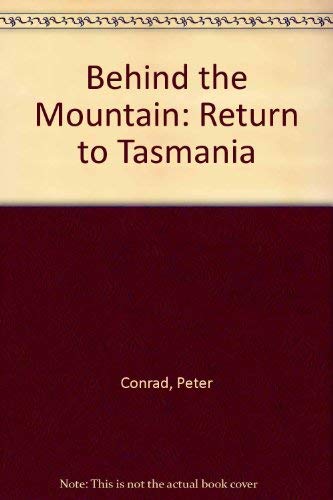 Behind the Mountain: Return to Tasmania

When he was 20, Conrad left his home in Tasmania for Oxford, London, New York; 20 years later, he returnedto rediscover the island and his relationship to it. The author of Imagining America evokes an extraordinary portrait of his native land, a brilliant, merciless portrait. Tasmania, he writes, is Australia's little Australia, doubly isolated frm the world, a place whose settlers attempted to reconcile Arcady with Alcatraz. When its name was changed from Van Dieman's Land to Tasmania, the colonists conveniently forgot its brutish origins and re-wrote history, dismissing from memory the horrors of Port Arthur prison and aboriginal genocide. Mt. Wellington, rising behind his childhood home in Hobart, represented the unknown to young Conrad. His journey begins there, taking him to the roadless, inhospitable, inclement southwest coast; to a grisly convict museum; to Flinders Island, whose residents have turned it into a monumental junkyard. Continuing his exploration, he visits mining areas, abandoned farms, ghost towns and graveyards. He sees the landscape as part savage Eden, part factory with its own manufactured sceneryzinc works that taunt nature with useless, extravagant art, power lines supplanting nature by technology. Dead gum trees are ``twisted in arthritic agonies but unbowed''; they are succeeded by giant pylons, ``trees transformed into girders of metal.'' Conrad conveys no romantic empathy with a pristine environment, but a sense of land as adversary; people have been able to live in Tasmania only by ravaging the land. National self-image alternates between gentle English villagers and brawling frontier Americans. Artists and writers have made Tasmania habitable by depicting a fiction; local poets dream of England and awaken to a different reality. Romantic dream or romantic nightmare: a Switzerland of the Pacific or an Appalachia of the Antarctic? Conrad invokes powerful images of a remote, desolate, exotic land; ultimately, he accepts the fact that when you leave home, it travels with you. Part autobiography, part history, part travelogue, this is a wholly memorable memoir. (Mar.)
close
Details