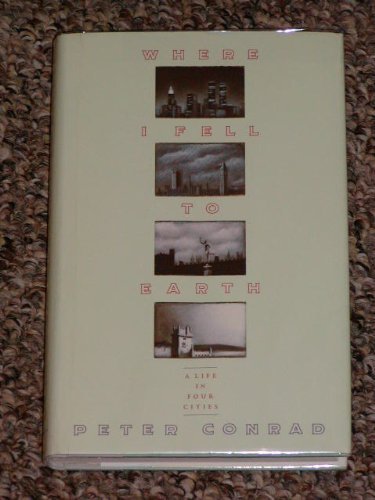 Where I Fell to Earth: A Life in Four Cities

Savagely funny and deadly serious, Crews's raucous, raunchy novel of the bodybuilding world tells a cautionary tale of competition. Shereel Dupont, originally Dorothy Turnipseed, left Waycross, Ga., to find a job in Jacksonville, Fla., where bodybuilder Russell Morgan, of Morgan's Emporium of Pain, discerned her ``great bones,'' changed her name and started her on the training program that has led them to Miami and the Ms. Cosmos contest. Russell's plan, Shereel's concentration and the Blue Flamingo Hotel's pretenses are laid seige by the arrival of the Turnipseed family, including Shereel's dangerously crazy fiance, Nail Head, and her grossly fat sister, Earline. Crews's cast is a circus, including five huge and muscular, jiving sisters from Detroit whose eldest, Marvella, is Shereel's main competition. The wooing of Earline by a bodybuilder who adores fat is an erotic melody that, along with the just-right amount of muscle-building technicalities, makes up for the thinning humor midtale. Crews's characters, distinctive and genuine, muscle his story right through its no-holds-barred ending. (Sept.)
close
Details