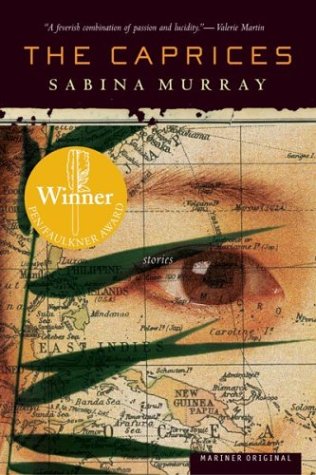 A caprice in wartime may be a sinister thing or a necessary distraction, and in this shrewd, striking debut collection of nine short stories by novelist () and screenwriter Murray it is frequently both. The characters of these cleverly crafted tales are bound by the atrocities of WWII in the Pacific and forced to make decisions in situations where hope is in short supply. The survivors are supposedly the lucky ones, though veterans like Australian Bob Cairns in "Walkabout" is horrified to learn he "would only bring the war back to a place that he had hoped to protect from it. He would no longer be a person but a reminder of absences.... He was now an ugly thing, a sore upon the landscape, a battered body which told a story that no one wished to hear." Like Cairns, Murray displays the ravages of war, but she has full confidence in the power of her storytelling ability. Attempting to tell the truth, no matter how gut-wrenching, she also handles humor with laudable finesse, using it to separate those characters who can still appreciate it from those who now find laughter unfamiliar and awkward. In "Guinea," American soldiers Francino and Burns are lost in the jungles of New Guinea with an emaciated Japanese POW who offers them some unexpected comic relief. The narrator of "Intramuros" entertains the reader with mini-tales of her mixed-heritage family; a distant cousin, Benito, is legendary for looting a store "liberated" by the Japanese and trusting a stranger with his prize, a bicycle, while he returns for more. War is an unusual subject for a young female writer; with each piece, Murray proves to be increasingly exceptional.