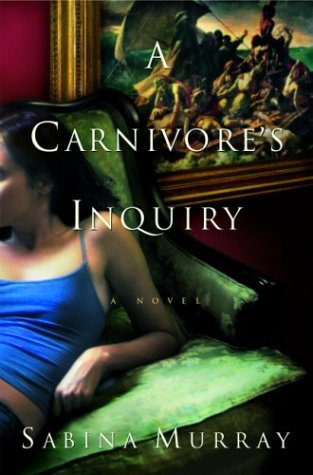 That 23-year-old Katherine Shea is an unreliable narrator is evident from the first pages of Murray's mesmerizing new novel (after the PEN/Faulkner Award–winning story collection, ). As she describes the way she picks up hapless author Boris Naryshkin on the Manhattan subway, coolly manipulates and moves in with him, drains him of money and sleeps with other men, Katherine's lack of conscience and absence of affect obviously go beyond neurotic and into psychotic territory. Yet she is intelligent and witty in her solipsistic explanation of her needs and behavior, even as she hints at the manifestations of her mother's insanity and reveals the margins of her own unstable personality. Her fascination with cannibalism, and her deep familiarity with its depiction in art (Goya, Gericault), literature (Dante, Poe, Melville), folklore ( , the ) and history (the Donner Party, the voyage of the ) is revealed in tandem with the events of a journey that takes her across the country from New York to Mexico, with crucial scenes played out in a cottage in Maine. Katherine's hegira becomes increasingly sinister, and Murray paces her psychological thriller with consummate control, keeping the reader enthralled through subtle suggestion and a scattering of grisly details. But the author has a darker purpose. More than the story of one deranged woman's obsession, the novel and its brilliant subtext hint at the ways American society devours the weak, while building a case for a blood hunger in human nature. The tension of the last chapter is followed by a grim suspicion; the reader will go back to the first pages to confirm the worst.