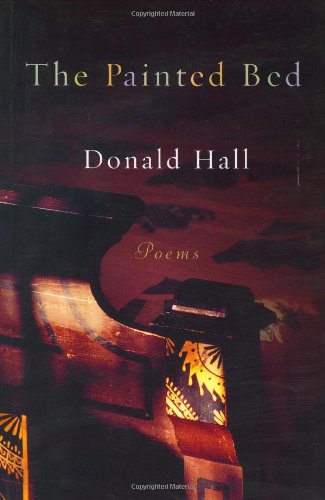 Hall has for decades been an eminent poet and critic; his previous book, (1999), was a raw collection of elegies for his late wife, the poet Jane Kenyon, that brought attention to their lives and work. More controlled, more varied and more powerful, this taut follow-up volume reexamines Hall's grief while exploring the life he has made since. The book's first poem, "Kill the Day," stands among the best Hall has ever written. It examines mourning in 16 long-lined stanzas, alternating catalogue with aphorism, understatement with keened lament: "How many times will he die in his own lifetime?" Two groups of terse, short-lined free verse proffer stories and moments from Kenyon's last days and from Hall's first days without her: "You think that their/ dying is the worst/ thing that could happen.// Then they stay dead." Subsequent brief stanzaic lyrics take both epigraph and method from Thomas Hardy's poems on the loss of his wife: some will please both Hardy's fans and Hall's. But even those fans may skip "Daylilies on the Hill," a lengthy and overly detailed verse history of the by now familiar New Hampshire house that Hall and Kenyon shared. The book's last poems range from raunchy to wise as they explore sex in later age—"Sometimes our red fitted/ sheets maneuvered/ to embrace us like pythons." The final poem, ironically called "Affirmation," contains a more typical—and typically stark—prediction: "If a new love carries us/ past middle age, our wife will die/ at her strongest and most beautiful."