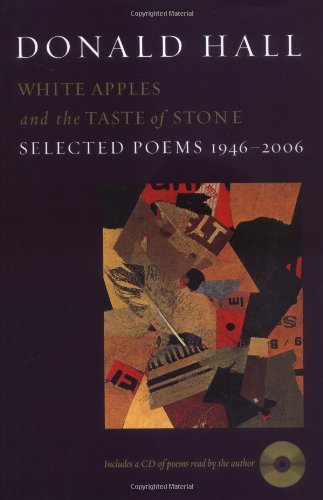 Hall's 60 years of much-honored work have made him an elder statesman among American poets and a much-honored exponent of the clear, plain style: this career retrospective (the first since 1990) finds room for all his strengths. Given to formal short work in the '50s, to lengthy verse essays and verse memoirs later on, Hall shows consistent topics and moods: adult life among New Hampshire's farms and mountains, childhood in the Connecticut suburbs, equanimity and nostalgia, satire and self-satire, middle age and old age, regret and reserve. Most original in his long poems from the '80s and '90s, Hall achieved popular success in recent years, in (1998) and (2002), collecting elegies and laments for his late wife, the poet Jane Kenyon, whose life he chronicled in the prose memoir (2005). In a month overcrowded with poetry releases, Hall's long-eminent reputation, and the persistent interest in Kenyon, should combine to help this book stand out.