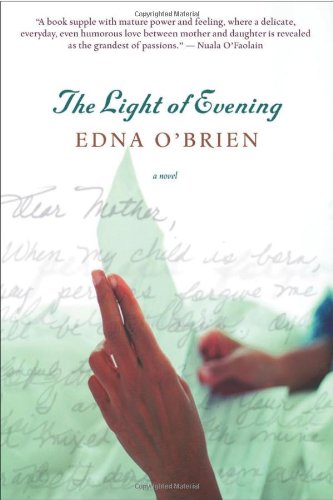 The Light of Evening

In her 20th work of fiction, O'Brien meditates with haunting lyricism on the lure of home and the compulsion to leave. Dilly, 78 and widowed, lies in a Catholic hospital in rural Ireland waiting for her elder daughter, Eleanora, to arrive at her bedside. In gorgeous stream-of-consciousness from the masterful O'Brien ( ), Dilly recalls her early years as well as decades of misunderstanding and conflict with Eleanora. Dilly's past unfolds in fits and starts: she leaves her mother behind in a small village in Ireland to seek a better life in 1920s Brooklyn, returning after a failed affair and the death of her brother, Michael. She promptly marries the rich Cornelius; they settle at Rusheen, his dilapidated family estate, and have two children. For Eleanora's story, O'Brien shifts to the third person: the daughter moves to England, marries an older novelist and begins a successful career as a writer before divorcing him and embarking on a series of affairs with married men, a life that Dilly both envies and scorns. The award-winning O'Brien evokes the cruelty of estrangement while allowing her characters to remain sympathetic and giving them real voice.