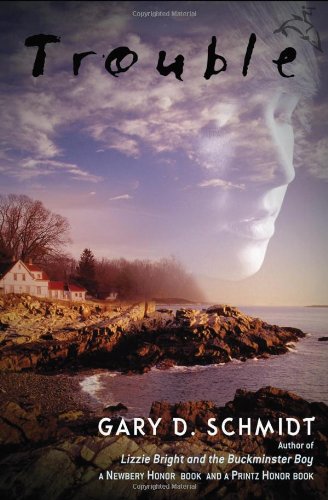 Tautly constructed, metaphorically rich, emotionally gripping and seductively told,Schmidt’s ( ) novel opens in the 300-year-old ancestral home of Henry Smith, whose father has raised him to believe that “if you build your house far enough away from Trouble, then Trouble will never find you.” With such an opening, it is inevitable that Trouble does find the aristocratic Smiths: Henry’s older brother, Franklin, is critically injured by a truck. A Cambodian refugee named Chay, who attends the same school as Franklin, acknowledges responsibility, but over the course of Chay’s trial it occurs, to Henry at least, that it was Franklin who sought Trouble: the racism he directed toward Chay specifically and Cambodian immigrants generally has been so widely shared in the community that no one challenged it. Twin sequences of events plunge the Smiths and Chay into further tragedy, also revealing the ravages of Chay’s childhood under the Khmer Rouge. At the same time, a storm exposes a charred slave ship long buried on the Smiths’ private beach: it emerges that their house has been close to Trouble all along. For all the fine crafting, the novel takes a disturbingly broad-brush approach to racism. Characters are either thuggish or willfully blind or saintly, easily pegged on a moral scale—and therefore untrue to life. Ages 12-up.