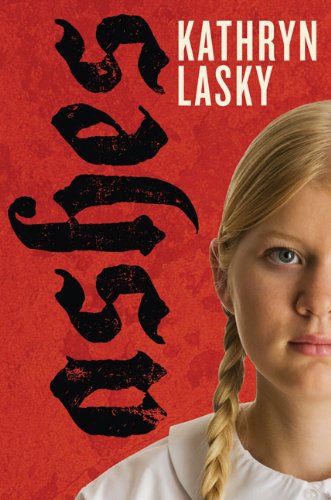 In this thoughtful historical novel, Lasky (the Guardians of Ga'Hoole series) chronicles Hitler's rise to power in 1932 Berlin through the intelligent narration of 13-year-old Gaby. The action proves sluggish initially, though it establishes Gaby as a voracious reader growing up in an intellectual, literate family, with a physicist father who works with Einstein and a musically talented mother. Each chapter begins with a well-chosen quote from one of Gaby's beloved books, including and . The pacing picks up as Gaby witnesses the rise of the Nazis; she realizes her family's sensible maid supports Hitler and overhears a baker's anti-Semitic remarks. Gaby begins a “Diary of Shame,” a mounting list of morally troubling moments, as when she salutes Hitler in school. Suspense builds as teachers lose jobs and as Gaby's sister becomes more seriously involved with her Nazi boyfriend. When book-burning threatens Gaby's precious books (and free thought in Germany), Gaby and her family must make critical, costly choices about their future. Gaby's questioning but assertive nature helps form a compelling, readable portrait of pre-WWII Germany. Ages 11–up.