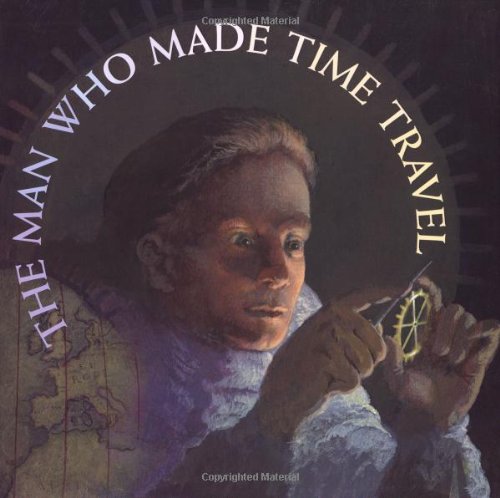 THE MAN WHO MADE TIME TRAVEL

Lasky and Hawkes (previously teamed for ) turn their attention to John Harrison, the 18th-century British clockmaker who solved one of history's most vexing navigational problems. Tackling her subject in short, titled segments, Lasky gets off to a bumpy start as she attempts to build a foundational understanding of the complicated role that time plays in measuring longitude ("Latitude... is easier to find than longitude because one can measure the height of the sun at noon"). But as soon as Lasky turns to Harrison, who spent a lifetime doggedly perfecting a sea-going clock, her prose becomes clear and compelling. Her colorful storytelling provides both a snapshot of history as well as an appreciation for Harrison's remarkable determination and persistence. Hawkes contributes characteristically dappled paintings marked by deft use of light and shadow. His sly sense of humor leavens the information-laden text. An illustration for the dubious "Time on Tiptoe Method" of determining longitude, for example, finds a cat and rat peering at the night sky on tiptoe alongside two sailors. Many spreads are masterfully envisioned (a beautifully lit group of white-wigged astronomers gathered in an observatory at night is a case in point), and while Hawkes's style is soft-focus, he imparts the impression of the details so important to Harrison. Endpapers feature one of the celebrated timepieces. Ages 8-up.