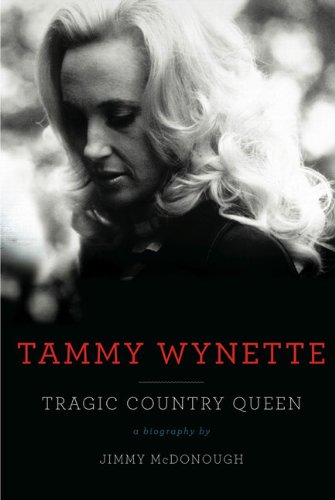 There’s no mistaking McDonough’s take on Tammy Wynette’s artistry: of her first single, “Apartment No. 9,” he writes, “I don’t know if there has ever been a more perfect debut.” But his adulation is not uncritical—he concedes that the first country musician to go platinum also released plenty of clunkers; more importantly, he gives voice to both Wynette’s closest friends and the families of those like her first husband, Euple Byrd, who were cast aside in the formation of her legend. McDonough ( ) brings a passionate flair to his language, describing Wynette and her third husband (and frequent collaborator) George Jones as a pair of “walking haunted houses,” but occasionally slips into sentimental excess, particularly in imaginary letters to his subject. “Did anyone ever just let you be Wynette?” ends a typical missive. Long detours covering the lives of Jones and Nashville producer Billy Sherrill provide valuable context, but the emphasis is squarely on Wynette and her personal tragedies, including a long slide into drug addiction and a mysterious death some still suspect may have been foul play. Combining pop musicology and tabloid gossip, McDonough has crafted a fitting tribute to a country music icon. Black-and-white photo insert not seen by .