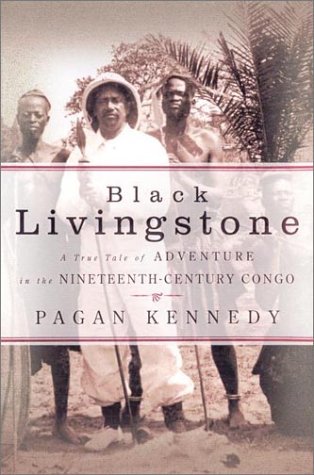 BLACK LIVINGSTONE: A True Tale of Adventure in the Nineteenth-Century Congo

In 1890, a 24-year-old African-American and Southern Presbyterian missionary named William Sheppard left New York for the Congo. During the next 20 years, Sheppard explored that country and in the process discovered a lake that now bears his name; made the first meaningful Western contact with the Kuba kingdom, one of the last native African dynasties, and failed in his attempt to create a "utopia of African-American achievement in Africa." He also clashed with the Belgian colonial authorities, exposing their brutal, genocidal treatment of Africans and, as a result, found himself at the center of a charged, internationally monitored trial in which the powerful performance of lawyer Emile Vandervelde, the leader of the Belgian Socialist Party, overcame a claim that Sheppard had slandered the foremost Belgian producer of rubber. Kennedy (), a novelist, is captivated by her charismatic subject—charisma evidenced by Sheppard's enduring presence in the oral histories of the Kuba—and, like the novelist she is, offers fully developed portraits of others in Sheppard's orbit as well. She speculates with a modern feminist's perspective about the inner life of Sheppard's wife, Lucy, who saw two of her children die in Africa, and she examines the reactions to Sheppard of white missionaries, who were unable to succeed in the native culture as well as he. Kennedy also explores the irony of Sheppard, who was made a Kuba prince, facing segregation and discrimination at home. Kennedy is an engaging writer and ably captures the undercurrent of horror found everywhere in the late 19th-century Congo while honoring Sheppard's accomplishments, heroism and character. Photos not seen by