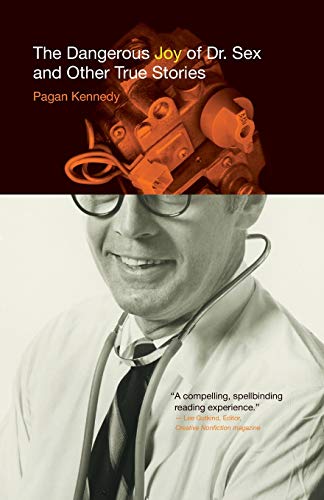 The Dangerous Joy of Dr. Sex and Other True Stories

In this engaging mélange of personal essays, previously published profiles and reports from the forefront of scientific and technological research, Kennedy ( ) takes readers on a “safari” where the awesome sights to behold are ordinary citizens blessed with outlandish ambitions to transform the world into a “kinder, sexier, smarter, funnier, or more compassionate place.” The book spotlights such visionaries as world-renowned neurologists, a precocious parrot, rabble-rouser Vermin Supreme (self-professed “Emperor of the New Millennium”), inventor Amy Smith (who received a MacArthur “genius” award after Kennedy's profile first appeared) and occasionally the author herself, who experiments with alternate fuel sources and normative definitions of marriage and intimacy. Kennedy excels at making the complex compelling and in identifying the personal motivations driving these innovators. Although there are a few limp essays in the collection (notably on singer Conor Oberst), the eponymous essay on Alex Comfort ( )—is a stylish and wholly original triumph. Written in a form inspired by the seminal book, the piece is a moving elegy to the elusive author who was alternately reviled and celebrated—without ever being fully understood.