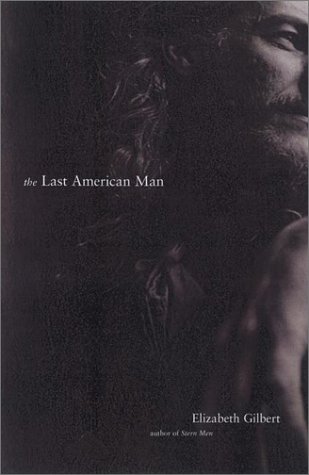 "By the time Eustace Conway was seven years old he could throw a knife accurately enough to nail a chipmunk to a tree." Such behavior might qualify Eustace as a potential Columbine-style triggerman, but in Gilbert's startling and fascinating account of his life, he becomes a great American countercultural hero. At 17, Conway "headed into the mountains... and dressed in the skins of animals he had hunted and eaten." By his late 30s, Eustace owned "a thousand acres of pristine wilderness" and lived in a teepee in the woods full-time. He is, as Gilbert () implies with her literary and historical references, a cross between Davy Crockett and Henry David Thoreau. Gilbert, who is friends with Conway and interviewed his family, evidences enormous enthusiasm for her subject, whether discussing Conway's need for alcohol to calm down; his relationship with a physically and emotionally abusive father; or his horrific hand-to-antler fight with a deer buck he was trying to kill—yet she always keeps her reporter's distance. At times, Conway's story can be wonderfully moving (as when he buries kindergartners in a shallow trench with their faces turned skyward to help them understand that the forest floor is "alive") or disconcerting (as when, in 1995, he's uncertain about Bill Clinton's identity). Gilbert has a jaunty, breathless style, and she paints a complicated portrait of American maleness that is as original as it is surprising.