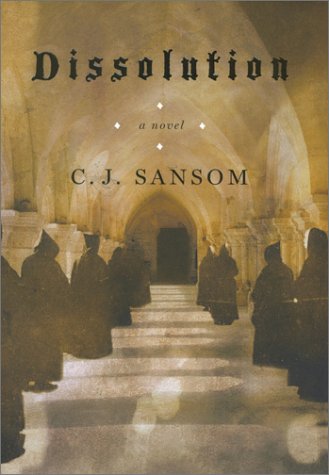 Murders on the grounds of a monastery, 16th-century intrigue, an unconventional sleuth—readers might wonder if this is a knock-off set two centuries later, but Sansom's debut is a compelling historical mystery in its own right, with fewer pyrotechnics and plenty of period detail. It is 1537; the English Reformation is in full swing; and Lord Thomas Cromwell, King Henry VIII's vicar-general, is busy shutting down papist institutions. When one of his commissioners is beheaded at a remote Benedictine monastery, Cromwell dispatches a second emissary, hunchbacked lawyer Matthew Shardlake, to investigate the murder. What Shardlake and his companion, eager young Mark Poer, discover is a quietly bubbling cesspool of corruption, lust and avarice. The scope of the investigation quickly expands when a novice is poisoned and Shardlake finds the remains of a girl who served the monks in the monastery pond. Shardlake presses on by testing the alibis of the various corrupt monks, but Poer's objectivity is compromised when he becomes involved with the girl's successor, a bright, attractive woman named Alice Fewterer. As the investigation unfolds, Shardlake survives a murder attempt, and finally returns to London to tie his findings to higher-level intrigue. Sansom paints a vivid picture of the corruption that plagued England during the reign of Henry VIII, and the wry, rueful Shardlake is a memorable protagonist, a compassionate man committed to Cromwell's reforms, but increasingly doubtful of the motives of his fellow reformers. With this cunningly plotted and darkly atmospheric effort, Sansom proves himself to be a promising newcomer.