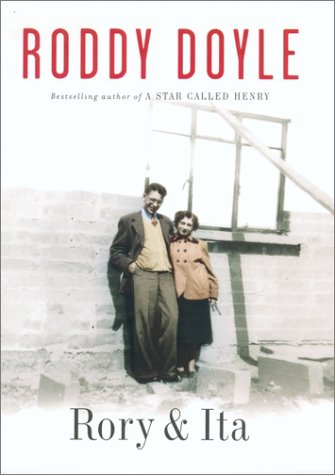 While Doyle is a well-regarded screenwriter (; ) and novelist (), here he seems to have done little more than hold the microphone, as this is actually his parents' book. Such nonintervention might be wonderful, were his folks entertaining raconteurs or at least people with rich experiences to relate—but alas, Ita and Rory are neither. While the publisher bills their memories as an "oral history" of the "quintessential twentieth-century Irish experience," the account is little more than a lackluster story of a mundane couple whose families were neither rich nor poor. Both attended school, dated and married, bought a house, raised a family, retired and then moved on to coping with old age. They rarely concerned themselves with anyone outside their village and extended family, only discovering the rest of the world when Rory retired and they traveled. Such insularity occasionally produces endearingly innocent remarks, such as newlywed Rory's exclamation when he learns Ita's pregnant: "I didn't say, 'How did that happen?' but I had only a vague idea." Now and then, the account offers insight into lifestyle changes over a single generation, as when Ita reflects on her 1940s girlhood and realizes there "was no such thing as teenagers, so it was up to yourself how you got on between the ages of thirteen and twenty." As such gems are buried under many pages of smalltown gossip, Doyle's fans may wish the talented writer had chosen a different format for celebrating his parents' story. Photos.