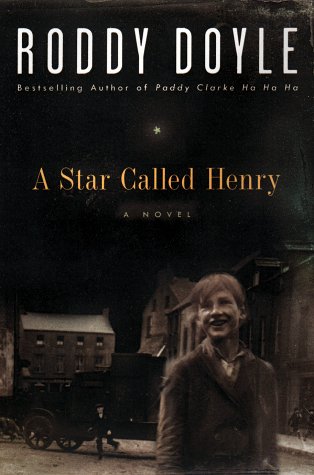 Doyle just gets better and better. After the touching hijinks of Paddy Clarke Ha Ha Ha and the poignantly powerful The Woman Who Walked into Walls, he has embarked on nothing less than a trilogy that aims to tell the story of 20th-century Ireland through the life of one man. He is Henry Smart, product of the unlikely union of a teenage buttonmaker and a one-legged murderer, and from the opening lines Doyle has given him an unforgettable voice, fiercely poetic and utterly aware: ""She held me but she looked up at her twinkling boy. Poor me beside her, pale and red-eyed, held together by rashes and sores... a shocking substitute for the little Henry who'd been too good for this world, the Henry God had wanted for himself. Poor me."" Henry grows into a handsome, healthy, fearless youth, ever mindful of the fearful poverty in which he makes his way, and of his father's dark reputation as a brothel bouncer, killer for hire and scourge of the Dublin police. Only natural, then, that the born rebel should join the fledgling IRA as a teenager and take part in its earliest battles. (The account of the 1916 Easter Rising, the occupation of the GPO and the bloodshed that follows must be one of the boldest and most vivid descriptions of civil strife in a familiar city ever penned.) After that, it's on to higher things for Henry: as a trainer of rebel soldiers, a young man high in the IRA councils, an avid lover of women--but also as one who begins to find the ideals of the revolution slipping away into arid opportunism and who, in the closing pages, turns his face toward America. This is history evoked on an intimate and yet earth-shaking scale, with a huge dash of the blarney, some mythical embellishments and a driving narrative that never falters. Names like Padraic Pearse, Michael Collins, Eamon de Valera, come and go, not like walk-ons in a pageant but as hideously fallible humans caught in the web of history. Maybe the Great American Novel remains to be written, but on the evidence of its first installment, this is the epic Irish one, created at a high pitch of eloquence. 12-city author tour. Penguin audio. (Sept.)
close
Details