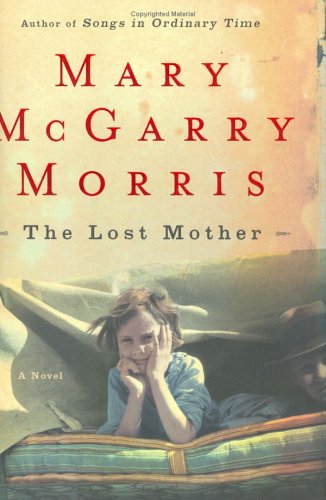 "They said it was bad for everyone, but nobody else the boy knew had to live in the woods." Thus begins the harrowing story of 12-year-old Thomas and eight-year-old Margaret in Morris's powerful sixth novel. Reduced to living in a tent in Vermont during the Depression, the children and their father, Henry Talcott, a butcher who must travel daily seeking work, are barely surviving their abandonment by the children's reluctant mother. The shattered family aches with the desire to bring home beautiful, troubled Irene while Henry crumbles into a "whipped man... worn down and grim," and Thomas takes on the role of caretaker. Henry's longtime friend Gladys shows the family rare kindness, but a longstanding animosity between her crotchety father and Henry makes it impossible for the Talcotts to accept her charity. In typical Morris fashion, the author paints a brutal landscape and authentic characters with delicacy and precision: from the chaotic household of Irene's alcoholic sister to the creepy relationship between a sick boy and his doting mother, who wants to adopt Thomas and Margaret. Never one to shy away from the messy and bleak, Morris ( ; ) unflinchingly illuminates the bitter existence of neglected children and their inspiring resilience, once again proving herself a storyteller of great compassion, insight and depth.