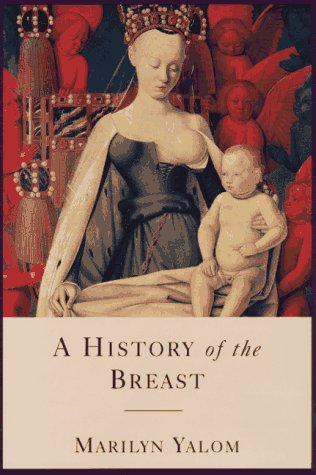 A History of the Breast

The image of the nurturing Madonna, invented in 14th-century Italy, resurrected an earlier tradition of big-breasted Paleolithic figurines representing fertility or nursing goddesses, Yalom claims. But beginning in the Renaissance, she says, the breast, stripped of its relation to the sacred, became the playground of male desire, taking on in the West a predominantly erotic meaning that it has not possessed in other eras and cultures. According to Yalom, writings on the breast by Rousseau, Freud, Jung and novelist Philip Roth reflect a male-centered, sexist worldview. With wit and dispassionate scholarship, Stanford researcher and feminist scholar Yalom decodes the social constructions of the breast as political symbol of liberty in the French Revolution, idealized domestic comforter in the Dutch golden age, modern advertising commodity and source of titillation in the arts, entertainment, erotica and pornography. She charts women's increasing involvement in the sexual politics of controlling their bodies and breasts, from 1960s bra-burning to today's growing concern about breast cancer. Intriguingly and amply illustrated with reproductions of paintings, sculpture, prints, posters, ads and photographs, this enlightening, often surprising cultural history will compel men and women to think differently about the breast. (Feb.)
close
Details