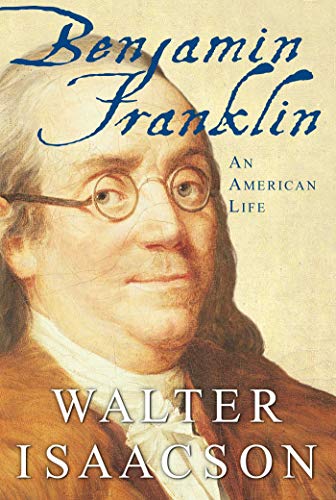 Following closely on the heels of Edmund Morgan's justly acclaimed , Isaacson's longer biography easily holds its own. How do the two books differ? Isaacson's is more detailed; it lingers over such matters as the nature of Franklin's complex family circumstances and his relations with others, and it pays closer attention to each of his extraordinary achievements. Morgan's is more subtle and reflective. Each in its different way is superb. Isaacson (now president of the Aspen Institute, he is the former chairman of CNN and a Henry Kissinger biographer) has a keen eye for the genius of a man whose fingerprints lie everywhere in our history. The oldest, most distinctive and multifaceted of the founders, Franklin remains as mysterious as Jefferson. After examining the large body of existing Franklin scholarship as skillfully and critically as any scholar, Isaacson admits that his subject always "winks at us" to keep us at bay—which of course is one reason why he's so fascinating. Unlike, say, David McCullough's , which seeks to restore Adams to public affection, this book has no overriding agenda except to present the story of Franklin's life. Unfortunately, for all its length, it's a book of connected short segments without artful, easy transitions So whether this fresh and lively work will replace Carl Van Doren's beloved 1938 in readers' esteem remains to be seen.