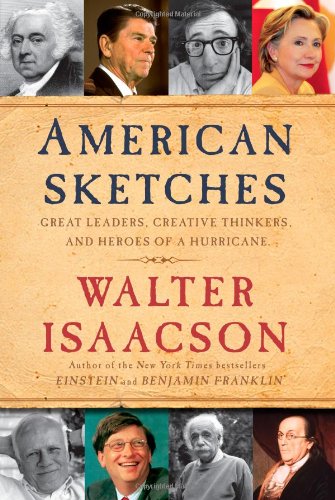 Conventional wisdom is stoutly defended in this staid collection of essays, mostly culled from the author's newspaper and magazine articles. Isaacson ( ) has a knack for finding the middle ground and the incontestable truism in any topic. Thus, Benjamin Franklin's life shows us that “democracy requires pragmatic people who can find common ground,” but also know when “to take a stand.” Colin Powell is “an exemplar of the balance” between realism and idealism that foreign policy demands. A piece on cofounder Henry Luce extols “common sense” over “knee-jerk ideological faiths.” (The one extremist the author wholeheartedly supports is Albert Einstein, a “rebel” against received notions of time and space, who receives several glowing hosannas.) Isaacson also mines a vein of cautious and sometimes dated business futurism—the collection includes breathless profiles of moguls Bill Gates and Andrew Grove—that yields such banal prognostications as “Among the few things certain about the [21st] century are that it will be wired, networked and global.” It's hard to argue with Isaacson's pronouncements—and harder still to stay awake for them.