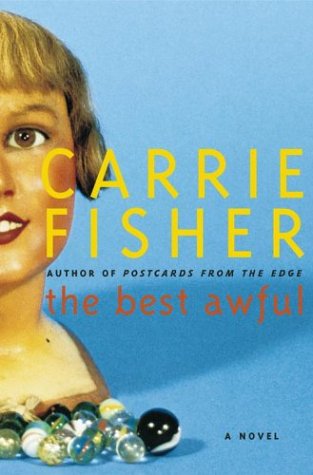 The inimitable Suzanne Vale returns to battle her demons (drugs, bipolar disorder and Hollywood self-obsession) in actress and screenwriter Fisher's blackly comic sequel to . Leland Franklin, a studio executive whose protectiveness helped Suzanne find her "far-flung best self," dumps her—for a man—when their beloved daughter, Honey, is three, and Suzanne is left "with a child, a grudge, and a bright phosphorous gnaw of pain glowing in the hot spot of her chest." Three years later, Suzanne is still struggling. Though born into show business, then a film star, now a successful talk show hostess (much like her creator), it's Suzanne's love for Honey that keeps her going—oh, and prescription drugs. She has a friend in Craig, a fellow court jester and "DNA jackpot" who pulls her out of tight spots, each "one more in a long line of bad judgment calls." After Suzanne and a tattoo artist named Tony hit Tijuana in a quest for Oxycontin, for example, Craig comes to her rescue. But the trip has "pulled crazy closer to her," and Suzanne experiences a psychotic break that lands her in the Shady Lanes loony bin. Pharmacological facts and scenes from group therapy are revealed with Fischer's trademark irony and nonstop wisecracks. Rather than hide the painful truths of mental disorders, her humor serves to highlight them. Fischer contrives a Hollywood happy ending for Suzanne and Honey, a sweet child who will win readers' hearts, but a little joy amid all the craziness is just what the doctor ordered.