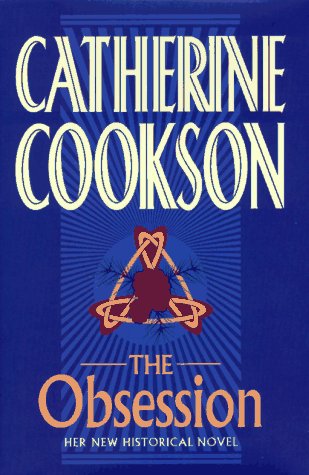 Set in England, this story of a wicked woman's vengeful drive to control her family estate is another in popular romance novelist Cookson's (The Rag Nymph) formulaic but eventful tales. When Doctor John Falconer attends strong-willed Beatrice Steel's 21st birthday celebration, he falls in love with Beatrice's beautiful younger sister, Helen. Fate is not kind, however, because she is set to marry another. Later, when Simon Steel, the father of Beatrice, Helen and two other daughters, is murdered, Beatrice, the eldest daughter, channels her jealous, controlling spirit into Pine Hurst, which she inherits. Burdened with the old man's debts and the revelation of his gambling, womanizing ways, Beatrice sets about keeping her youngest sister, Rosie, from marrying and leaving her alone. Devastated, Rosie is comforted by Robbie McIntosh and his mother, who live next door to Pine Hurst on a bit of land deeded to them by the Steel girls' grandfather. When the doctor rents a small house on the estate for his arthritis-stricken mother, Beatrice shows a softer side, and John marries her after a tipsy Christmas Eve proposal. Soon, however, he finds that she is spiteful and evil. As the good doctor struggles to abide his marriage, Helen reappears with her dying husband, who asks John to look after her, a request that is to have violent consequences. Although Cookson knows how to tell an absorbing tale, she allows Beatrice to remain disappointingly two-dimensional, her strange bitterness and isolation left unexamined. This, however, is unlikely to deter Cookson's huge following. Doubleday Book Club featured alternate; Literary Guild alternate. (July)
close
Details