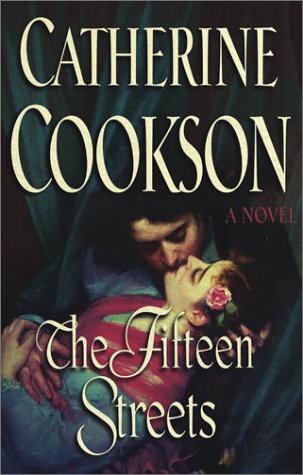 British readers have been familiar with this early novel by Cookson for five decades, but this reissue will please American fans who crave the late author's sudsy historical novels. John O'Brien, born in the Tyneside area of Northumberland called the "fifteen streets," is caught up in the vicious circle of poverty, drink and deeper poverty endured by the residents of this slum district. He works as a laborer on the docks, trying to add to the family's precarious finances, keep his mother and sisters safe from his drunken father and brutal brother and protect them from the religious violence that often roils the largely Irish Catholic neighborhood. John thinks only sporadically about a better life until a non-Catholic family moves nearby. The kindly Brackens, who preach spiritual healing, are feared and persecuted in the neighborhood, even by John's own family, but they persevere in their message of tolerance and intellectual empowerment, and open John's eyes to a different way of thinking and believing in God. At the same time, John meets his sister's beloved young teacher, Mary Llewellyn, who opens not only his eyes but his heart. Their love affair is scandalous, since Mary is the daughter of a prosperous shipbuilder. Slander, violence and death take their toll before the lovers tentatively plan a new life together. Cookson's strong and touching characterizations and atmospheric setting carry this narrative, which dramatizes the cruel legacies of religious bigotry and the rigid British class system.