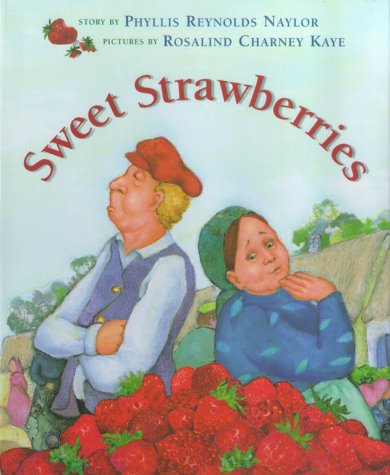 With understated irony and wit, Naylor introduces a patient wife and her husband, who ""wasn't the worst man in the world, but... wasn't the nicest, either."" On a trip to market, he grumbles when forced to wait while a lass herds geese across the road (""Why didn't you wait till we had gone by?"" he complains to her, then tells his wife that the goose girl is ""too impatient... always in a hurry""); he similarly and unself-consciously projects his own faults onto the others he and his wife encounter. The wife holds her tongue, but his refusal to buy her the one thing she longs for--fresh strawberries--is the last straw; the long-suffering woman proclaims him ""the most stingy, selfish, lazy, impatient, complaining man I have ever seen."" Disgusted, she refuses to talk to him during the journey home, and when his attempts to cheer her fail, he attributes her bad mood to ""all the unpleasant people they had met that day."" So on the next week's trip to market he is careful to placate everyone lest they upset his wife, and as the smiling couple feasts on strawberries, he comments that it is ""remarkable how everyone has changed so in only a week."" Giving this timeless story a picturesque old-world setting, Kaye's (Brainteasers from Jewish Folklore) inventive and fresh mixed-media art treats readers to a variety of textures and perspectives. Especially entertaining are the changeable facial expressions of the wise wife. There's very nearly as much to discover in the illustrations as there is to savor in this cannily told tale. Ages 5-8. (Apr.)
close
Details