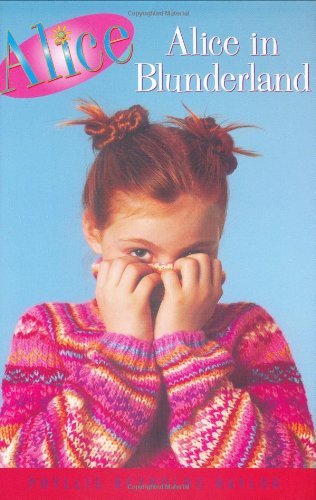 Readers need not be familiar with Alice, the effervescent star of the perennially popular series for the 12 and up set, to relish this encounter in the second of a "prequel" trilogy aimed at a younger audience. Followed through her fourth-grade year, the motherless, ever-embarrassed Everygirl copes with her older brother, Lester, here a less secure, adolescent version of the character familiar to series fans; attempts to drive away the humorless housekeeper their father hires when Alice gets into one too many scrapes; and learns about prenatal development when her teacher's wife is pregnant (and with Naylor, readers can be sure that all questions will be answered, even the ones about where unborn babies "go to the bathroom"). Some of the funniest moments revolve around Lester's relationship with Alice; she can never tell when he's putting her on, and when he feeds her a preposterous story about a girl he likes—that she has been adopted by people who feed her only scraps and that she plans to run away to work in a rice paddy in China—she and her friends start saving their money and send her a care package. There are poignant scenes as well, notably when the teacher's wife's joy in her newborn reminds Alice of her own immense loss from her mother's death. As in her best Alice novels, Naylor writes with such wit and insight that she turns the struggles of everyday life into optimistic comedy. Ages 7-up.