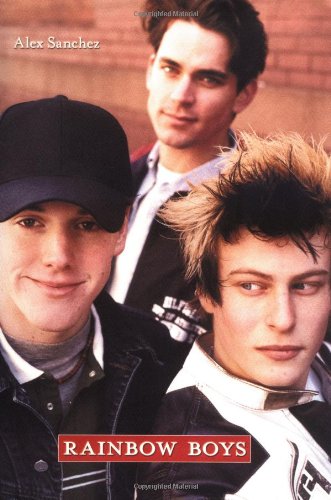 Sanchez's debut novel chronicles the senior year of three gay teens struggling with issues ranging from coming out to first love to an HIV scare. The story lines communicate a hint of an educational agenda (Sanchez sprinkles in the names of support groups like Parents, Families and Friends of Lesbians and Gays into the novel, and lists contact information for organizations at the end), but the characters' complicated feelings are well drawn, and readers will find themselves interested in each of the protagonists' lives. Sanchez creates modern situations that speak to contemporary teens: Nelson and Kyle stand up to their principal for the right to form a gay-straight alliance at their school, and Nelson has unprotected sex with a stranger he meets online. The relationship between Kyle and closeted jock Jason also develops realistically, and the awkward triangle among the three males builds subtly and convincingly. Readers will learn and understand both boys' perspectives, from Jason's fear that he will be found out to Kyle's growing agitation at his mixed messages. Some of the writing is stilted ("You would've thought the prodigal son had come home," Sanchez writes when Kyle finally connects with his father), and some of the language and sexual situations may be too mature for some readers, but overall there's enough conflict, humor and tenderness to make this story believable—and touching. Ages 12-up.