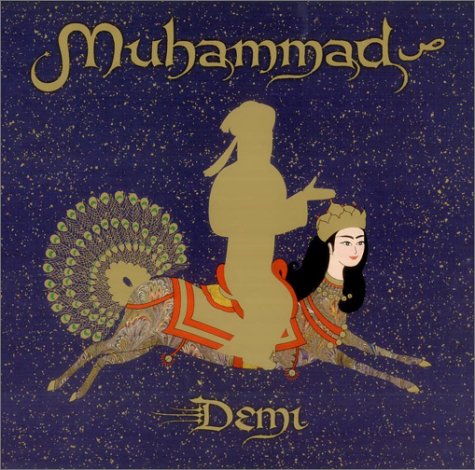 Demi (; ) presents a resonant, splendidly illustrated portrait of the "Messenger of Islam," to whom, according to Muslim belief, the angel Gabriel

revealed the sacred words that became the Koran. The well-researched narrative opens with a chronicle of the kind, charismatic Muhammad's early years, leading up to his first encounter with Gabriel and his subsequent role as the primary "voice of Islam" proclaiming "the message of God, preaching the existence of only one God, the importance of equality for all people, and the necessity of freedom of thought and speech." Graceful text brings various Islamic religious and cultural traditions into clear focus and makes accessible the somewhat complex chronology of the Prophet's peripatetic life. Incorporating her signature meticulous detail, accents of brilliant color, intriguing background patterns and gold-leaf flourishes, Demi's art is rendered in the two-dimensional style of the Persian miniature. As amplified in a cogent foreword by scholar Laleh Bakhtiar, the illustrations honor Islamic tradition in that they do not contain any actual pictures of Muhammad himself; instead they creatively depict his image as a flat figure silhouetted in gold leaf. An Arabic symbol, identified as a "traditional form of benediction," follows each mention of Muhammad's name. This timely, exceptionally handsome biography serves as an excellent introduction to Islam. Ages 7-10.