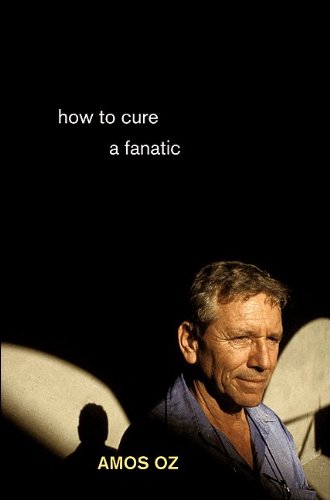 How to Cure a Fanatic

Oz, one of Israel's foremost novelists and also a leader in the peace movement, sets up opposite poles—pragmatism and fanaticism—in the two essays in this thin (both in size and content) volume. Pragmatism is Oz's path to peace between Israelis and Palestinians. Writing in ardent, articulate and informal prose (the essays originated as lectures), Oz ( ) writes that this conflict is a straightforward, though intense, battle over real estate in which both sides have legitimate claims to one tiny piece of land. And the necessary compromise—in the form of two states, "divided roughly according to demographic realities"—will be deeply painful for both, the loss of land a kind of amputation, in Oz's words. Also crucial to peace, in Oz's view, is providing homes and jobs for the residents of the squalid Palestinian refugee camps. But how to convince the anti-compromise fanatics on both sides? On this score, Oz is less satisfying, suggesting the remedial value of humor and imagination (i.e., learning to really see the other). The book's third part, an interview with Princeton University Press's Brigitta van Rheinberg, is largely redundant, leaving this feeling more like a padded pamphlet than a book, despite the virtues of Oz's perspective.