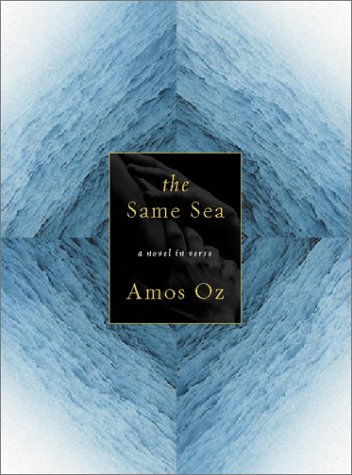 A meditation, a lamentation, a quest for meaning, a story of family love and of erotic longing, and a vibrantly poetic prose poem, this latest novel by one of Israel's preeminent writers ends with a tentative (but only tentative) affirmation about the future of his nation. That message is the subtle subtext of this narrative of intertwined lives. Albert Danon is a mild accountant whose beloved wife, Nadia, has died, and whose son, Rico, has exiled himself to Tibet, Bangladesh and other remote places where he is haunted by his mother's memory and by his conviction that "everyone... is condemned to wait for their own death locked in a separate cage." Another member of this restless, bitter generation, Rico's girlfriend, Dita, moves in with Albert when a shabby film producer cheats her of all her money. Suffused with lust and shame, Albert desires Dita, even while an elderly widow yearns for him; meanwhile, Dita sleeps with Rico's best friend. This small domestic comedy is expressed in musical language charged with lyric intensity, translated by de Lange in collaboration with the author. The free-form verse hovers on the edge of poetry, sometimes slipping into rhyme. A singing bird, the desert and the eternal sea are recurring images, and references to biblical passages add texture. The characters, including the narrator, live in the shadow of their own mortality and general fear. "We have wandered enough; it is time to make peace," the narrator muses. Perhaps, the reader feels, Nadia represents the lost dream of peace that hovers in the memory. In a prefatory statement, Oz (, etc.) writes that he thinks this book comes closest to what he wants to say. His eloquent message illuminates a book of classic resonance and haunting literary beauty.