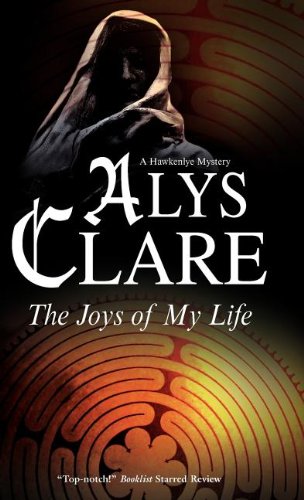 The Joys of My Life: A Hawkenlye Mystery

Set in 1199, Clare's compelling 12th mystery to feature Sir Josse d'Acquin (after 2008's ) takes the knight and his friend, Helewise, the abbess of Hawkenlye Abbey, to France, to confer with Eleanor of Aquitaine, mother of the recently deceased Richard the Lionhearted, about a memorial chapel to be built at the abbey. The queen draws Josse aside with an additional assignment—to investigate rumors that her son participated in obscene satanic rituals in which young boys were savagely butchered. To the knight's chagrin, he soon uncovers credible evidence that Richard was involved and must keep his word to Eleanor to suppress it. Meanwhile, members of the shadowy organization behind the killings, the Knights of Arcturus, come to England in an effort to keep their secrets. Lean, evocative prose; characters readers can relate to; and a high-stakes puzzle make this a superior medieval historical.