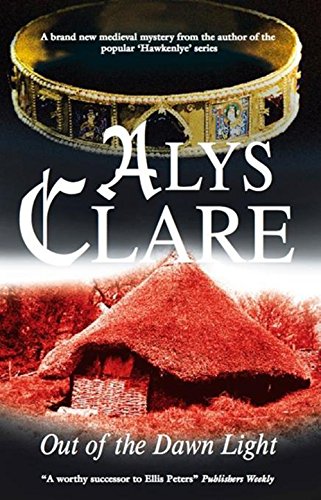 Out of the Dawn Light

Clare’s captivating first in a new medieval series dramatizes the clash between the old pagan ways and Christianity in 11th-century England. In 1087, with the death of William the Conqueror, the common people are in a rebellious mood. Meanwhile, Lassair, a 14-year-old girl from a Fenland village with special gifts, is learning to be a healer. When two young men ask her to use her skills to locate a hidden treasure, she can’t refuse. Lassair joins the men on an arduous trek across East Anglia to the coast, where they unearth a 500-year-old solid gold relic. This relic, Lassair realizes, has the power to cause immense harm. Clare ( and 11 other Hawkenlye mysteries) brings the people of the period to vivid life with close attention to such matters as food, clothes and religious belief. Engaging characters, like Lassair’s obnoxious sister and her storytelling grandmother, enhance a well-crafted plot that builds to a chilling climax.