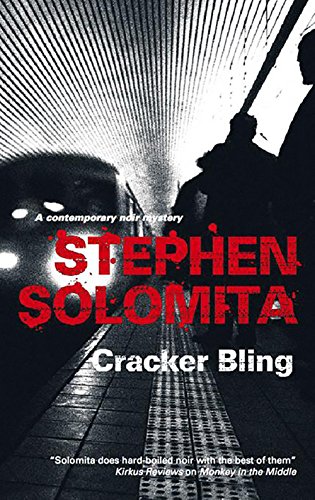 Shortly after Judson Two-Bears Hootier Jr. is released from Rikers Island, 19-year-old Hootie finds his desire to stay on the straight-and-narrow severely tested in this middling crime thriller set in New York City from Solomita ( ). After accepting a toke from a large, forbidding white man in a Harlem subway station, Hootie is shocked to see his new “friend” fire a number of pistol rounds at a rat on the platform. Later, the ex-con is even more shaken to learn that the man's target practice coincided with the murder of drug dealer Flaco Almeda. Hootie's proximity to the slaying places him in the crosshairs of NYPD Det. Peter Chigorin (aka the Russian), who squeezes him for information on his recent acquaintance. The writing can be awkward at times (“Borne by events as unpredictable as they are malevolent, disaster comes to the black man as a random act”), and the odd-couple partnership of Hootie and the Russian is less than compelling.