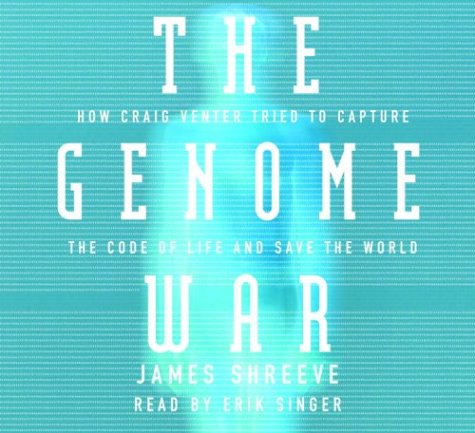 Serendipity, not to mention pure entrepreneurial tenacity, played a huge role in the quest to unravel the complete human DNA code, which is detailed in this fascinating narrative from Shreeve ( ). Brash and bold biologist Craig Venter, the central player in this drama, is a polarizing figure, one who finds his new company Celera (Latin for "speed") going head-to-head with the National Institutes of Health. The stakes: bragging rights for a discovery that will have long-reaching applications to human health and longevity and a body of data that could be immensely profitable—that is, if Venter can figure out how to make money from the genome code without defying his promise to make the information freely available to the public. Singer has a pleasant voice, firm and authoritative. Books like this seldom need character voices, but Singer uses different inflections and tones for each of the many principal players, which adds a touch of drama and color to the tale. The story can be elliptical and repetitive—after a while, one conference call or heated exchange begins to sound like another—and is almost twice as long as it needs to be. Science aficionados, however, will savor every detail.