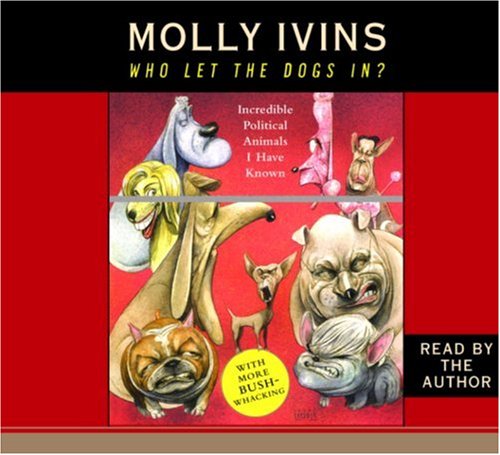 WHO LET THE DOGS IN?

Two decades of Ivins's smart, acerbic political commentary have been harvested for this highly entertaining collection, which includes a new introduction addressing what she calls our country's current "state of open corruptness and intellectual rot." Though a self-described liberal, Ivins is not inflexibly tendentious. Rather, she is a tonic against the mean-spirited pundits found on both sides. She criticizes the Bush administration plenty, but she also reserves some of her sting for Clinton and Kerry. Ivins's delivery is wonderful. Her crisp yet throaty Texan voice is firm and authoritative, but at the same time inviting and homey, and the twinkle in her eye is aurally palpable through the pluck and elfish spunk in her voice. Those who are wary of picking up this audiobook because it's abridged should think again. There's no question that Ivins ( , etc.) is a great oral, as well as literary, entertainer, just as there's no denying her genuine concern over the country's current political situation. "Having fun while fighting for freedom," she says, "is one of my life causes."