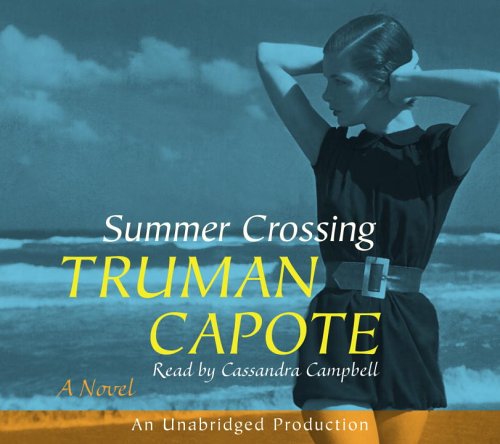 Capote's novel shows the promise of a future master; Campbell's interpretation shows the promise of a good reader. Campbell is better at narration than dialogue as her efforts to differentiate characters, especially males, are forced, and much of her reading is flat or breathy. But she handles some of Capote's best writing with a range and flare that bode well for future audios. Capote told everyone he'd destroyed his earliest effort (produced at age 19), but it recently turned up at Sotheby's, handwritten in four ruled school notebooks. The plot is thin and the characters weak. With her Fifth Avenue Protestant parents off in Europe, 17-year-old Grady rebels by intensifying an affair with and quickly marrying a parking lot attendant from a dysfunctional Brooklyn Jewish family. She soon finds herself pregnant and wallows in regret. But there are glimpses of Capote's signature style that emerged only four years later in , and a hint of ' Holly Golightly in the character of Grady McNeil. For Capote mavens—or those whose interest has been piqued by the movie— is worth a listen.