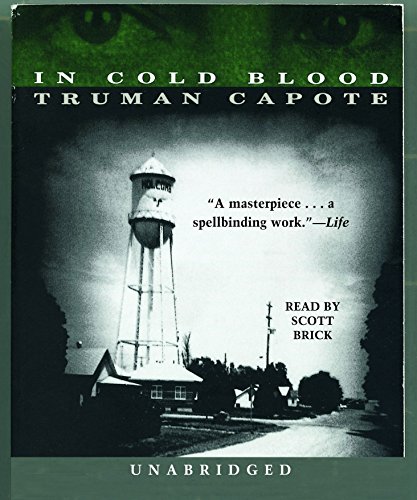 In the wake of the award-winning film , interest in the author's 1965 true crime masterpiece has spiked. Capote's spellbinding narrative plumbs the psychological and emotional depths of a senseless quadruple murder in America's heartland. In the audio version, narrator Brick keeps up with the master storyteller every step of the way. In fact, Brick's surefooted performance is nothing short of stunning. He settles comfortably into every character on this huge stage—male and female, lawman and murderer, teen and spinster—and moves fluidly between them, generating the feel of a full-cast production. He assigns varying degrees of drawl to the citizens of Finney County, Kans., where the crimes take place, and supplements with an arsenal of tension-building cadences, hard and soft tones, regional and foreign accents, and subtle inflections, even embedding a quiver of grief in the voice of one character. This facile audio actor delivers an award-worthy performance, well-suited for a tale of such power that moves not only around the country but around the territory of the human psyche and heart.