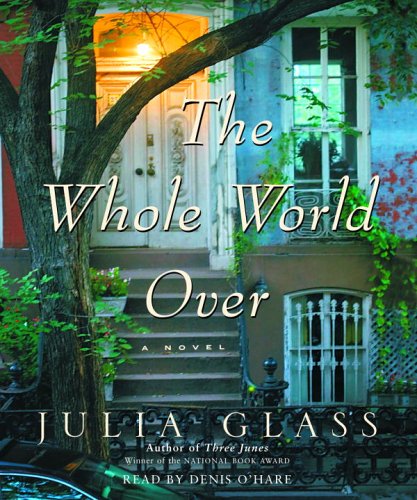 The Whole World Over

When an author uses the same characters in more than one novel, the audio performance can be accurately compared. Fenno, a gay man who emigrates from Scotland to New York's Greenwich Village, is for many readers the most endearing character in Julia Glass's first novel, , read by John Keating, who captured the cadences and charm of Fenno's native land. O'Hare, in contrast, produces a rather vague accent that could be Irish or Scottish. He also endows the New Mexico governor with a Texas accent, though the heartiness with which O'Hare portrays him is perfect. Despite these flaws, O'Hare has an eloquent, easy-to-listen-to voice that covers the large canvas of Glass's novel handily. He does particularly well with the main couple, Alan and Greenie, and O'Hare's rendition of their four-year-old son, George, is marvelous. It's a shame that the audio is not available unabridged through retail outlets. (Books on Tape, a division of Random House, has a 23-hour unabridged version on audible.com.) While condensation may work well for Campbell's Soup and tomes that are improved by having their windy digressions clipped, Glass's novel was one of the most wonderful reads of the summer and didn't need editing.