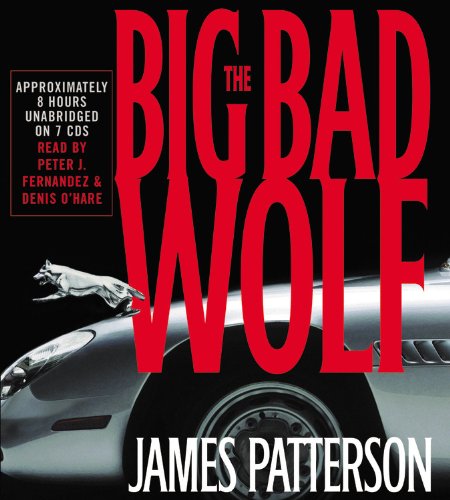 Unlike the original Big Bad Wolf, Patterson's newest and arguably most fear-inspiring villain maims, slaughters and kidnaps victims for purposes of sexual slavery. Rumored to be a Russian émigré, this shrewd predator has made crime pay so fabulously he sits atop an empire capable of accomplishing any nefarious purpose, including attacks on the homes of high-ranking FBI officials. Despite having just joined the Bureau, series hero Alex Cross winds up hunting the Wolf, which puts his family in peril. Meanwhile, his former girlfriend decides she wants custody of their young son. Patterson, a master at suspenseful twists and turns, keeps the action non-stop by constantly shifting among Alex's first-person tribulations and punchy, objectively told sequences focusing on Wolf, several ultra-wealthy computer chat group slugs who are taking much too seriously, and the chat group members' struggling victims. The effectiveness of these quick changes is heightened by the use of dual readers. Theater and TV actor Fernandez has a warm, rich voice that provides Cross with a soulful dimension often absent from the author's prose, and O'Hare (a Tony Award winner for the hit play ) handles the other chores, satisfactorily running the gamut from Russian-accented growls to effete simpers. Their all-pro rendering of this smartly paced thriller almost makes up for the fact that major plot strings are left tantalizingly untied.